Everyone has experienced ABYSS 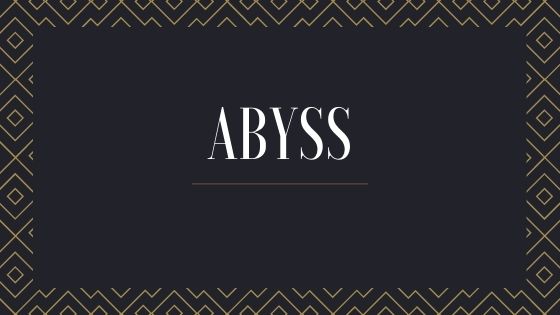 But very few understood it…

The meaning of Abyss is:

a deep, immeasurable space, gulf, or cavity; vast chasm. anything profound, unfathomable, or infinite: the abyss of time. (in ancient cosmogony) the primal chaos before Creation.

She knew the reason for the abyss. She knew she had hit the rock bottom. She was confident that she is good at something, but with what, that she had to figure it out. She was spilling frustration all around and she knew that. She hated the sound of her voice when anger and frustration had hit a new time high. How to control it? How to keep mum.

All she knew was she was not alone in these hardships of life. The remarkable difference was, she could see and after a while observe herself, whereas other people got drowned and were consumed by this abyss. She did not drown. She had the guts to keep going, keep moving, even with the blood oozing out of her feet.

She did not miss the real meaning of Abyss, which was “it’s the primal chaos before creation” 💯