In Conversation with Sangram Vajre 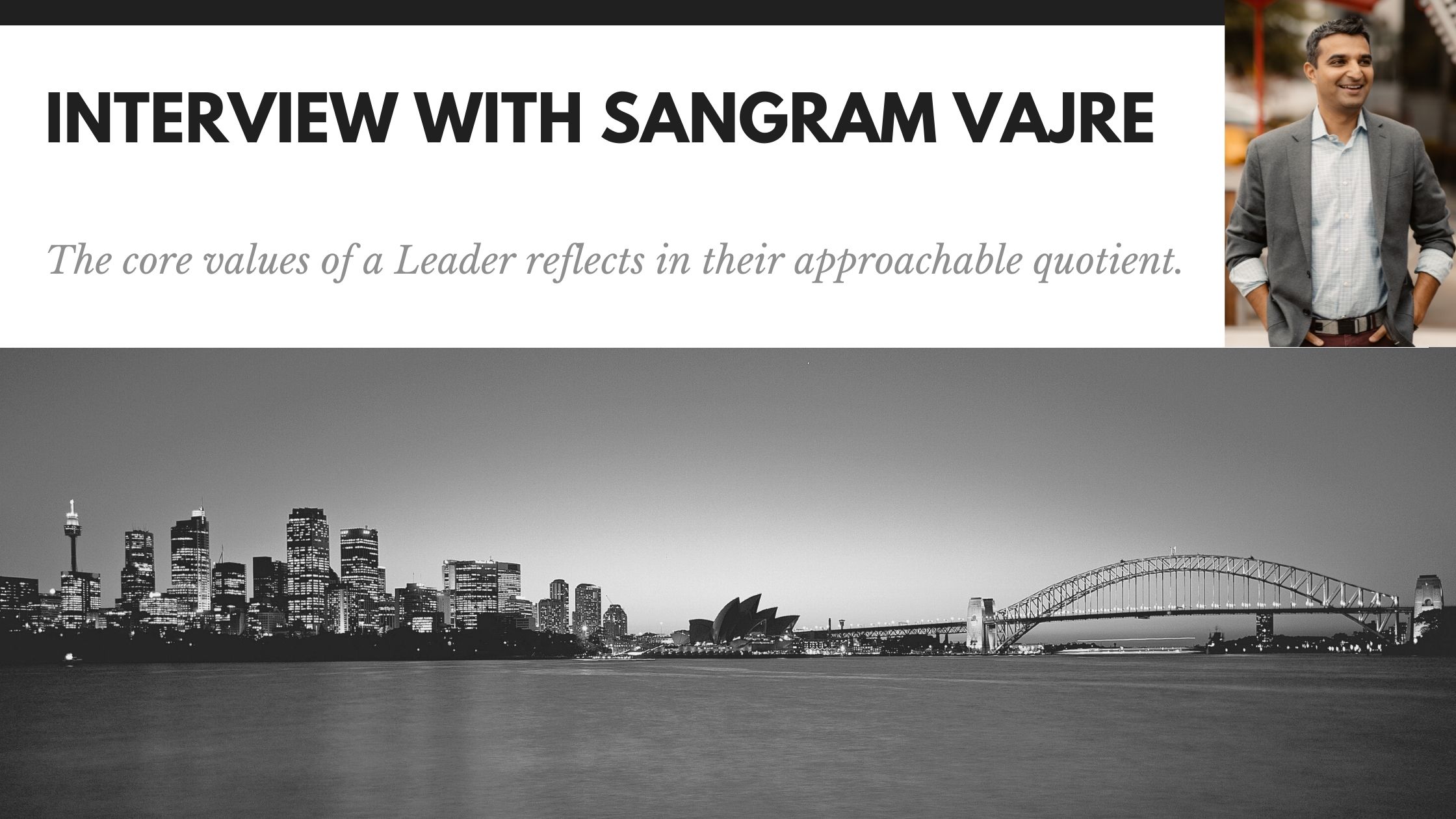 💯Being Intentional is way more important than Being Brilliant. 💯

Any guesses from whom you have heard this quote. If you are a Peaker, you will know in an instant about whom I am talking about! If you are not, that’s ok. If you have read the phenomenal books, ABM is B2B and Move, you will know the person. Ok, if this hint has also not worked, then co-founder of Terminus? Did it ring a bell? If yes, BOOM! If not, then no worries. You will thank me for sharing this interview with him, as 🔦Sangram Vajre is the Lighthouse of the Marketing Fraternity.

I would consider this post as a milestone for me as never I have come across a person who is so humble and ready for a conversation. For him relationships, sense of community is at the core, and you can feel the magic in the Peak Community. When I asked him what words he would like to choose to describe himself, he confidently shunned all the buzzwords, the ones which we regularly used to make a pitch for ourselves. He chose possibly the most powerful word and ironically simple too- ❤️LOVE.❤️He believes this is what world needs it and he pours his heart into everything what he does.

He wants people to remember him from this point of view. This reminded me when many successful but enlightened folks emphasize that the intention with what you are working today, and how you have planned your future, will pave the way for the words which people will utter at your funeral.

Sangram’s book, Move is already a bestseller and I couldn’t help asking him what the top gaps in marketing are which are pulling this discipline from getting their fair share in the revenue generation discussions. He mentions:

• BEING HUMAN! I think a lot of B2B marketing is BORING TO BORING in most organizations and how we can truly make it ▶️BETTER TO BETTER.◀️ I believe we are not human enough and that’s the number ONE gap, which I would say.

• And the third is our love-hate relationship with the Gated content. It remains because the at the core of the measurement of success remains LEADS. We should produce that one brilliant piece of content for which people will come repeatedly for and everything else is open and free. As per the latest studies, 86% of the content that marketing creates never gets used, so create that one piece of gated content that you want people to drive to.

I think personal branding the phrase itself is so negative because it’s so narcissist it’s about YOU!

He shares some powerful insights on this subject🔖

CMO’s who are doing phenomenal, and I am going to follow them to learn from them!

When I asked him what are the three milestones which he was proud of and believed that he cannot replicate them in the future. Sangram shares that on personal front it’s getting married and two kids!

I loved this when he mentioned it as most of the time our personal life takes a backseat and we are rattling the awards which we have won, or the positions which we held or the IPOs which we led.

And on professional front, he says: 💯Definitely starting Terminus, which is like a blessing, launching Peak Community and writing books.💯

Leaders like Sangram Vajre exemplify true leadership. Meeting him and attending his session in person is on my bucket-list! 👩‍🏭 Follow him on LinkedIn, to keep your learning quotient high and if you want to ace up, join Peak Community NOW!

I stand for love, so I try to give more of it. A lot of my posts, a lot of my comments, are about encouragement to the Community. I feel it’s a gift. I want to encourage people because people are walking on eggshells right now.

He truly inspires us to aspire. 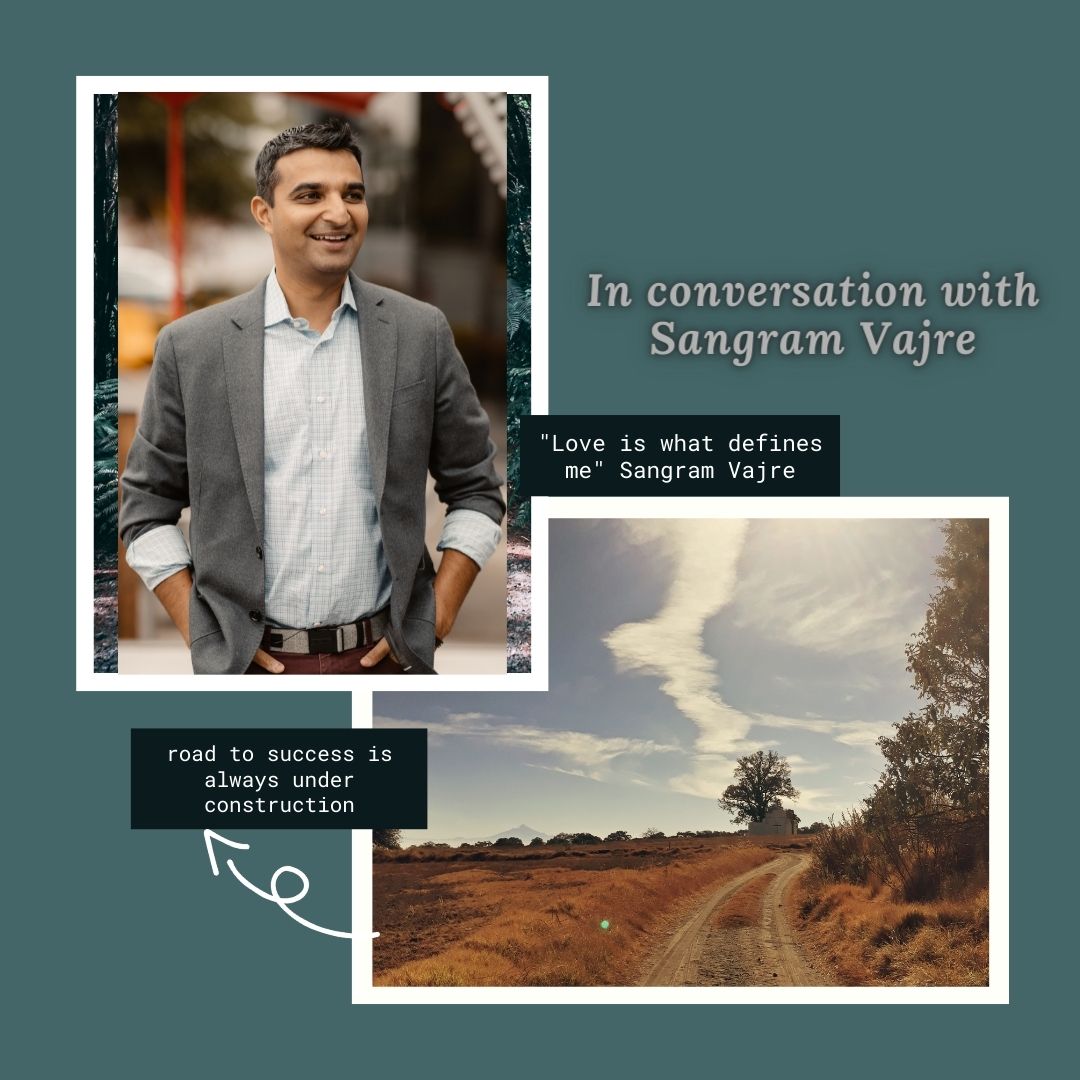